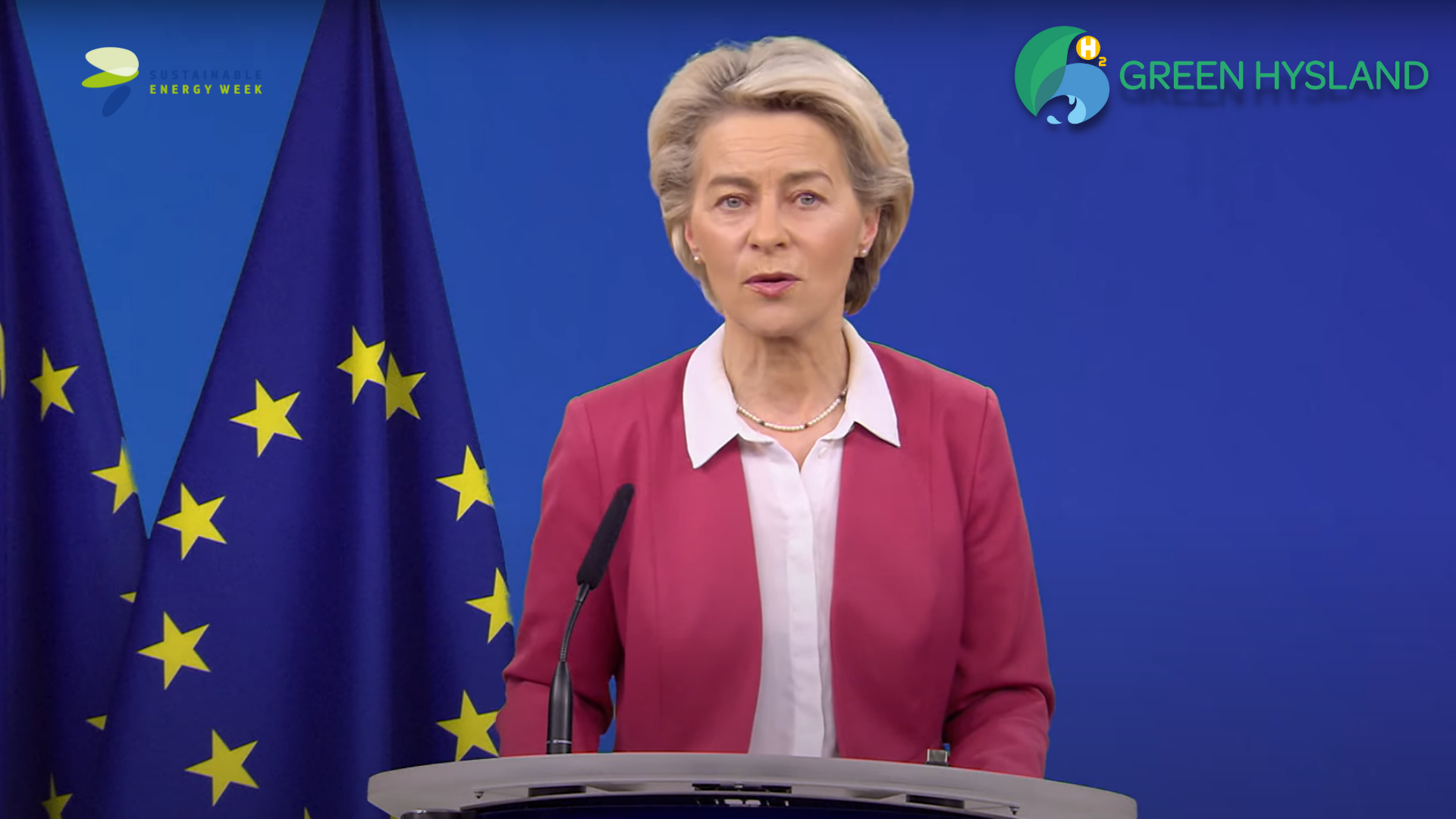 The President addressed EU citizens for the official launch of the EU Sustainable Energy Week 2021 on the 25th October, inspiring them with two examples on how to limit global emissions – and Green Hysland was one of them.

During her address, President von der Leyen reminded participants that major efforts are still necessary to achieve climate targets set in Paris in 2015. The European Green Deal is the Commission’s strategy to make Europe the first carbon neutral continent and achieve these commitments. Increasing our renewable energy production and using energy more efficienctly will also be needed.

The President highlighted the role of European businesses in making the European Green Deal a success, using hydrogen technology as an example.

The Green Hysland project on the island of Mallorca is a great example. It is the first hydrogen valley on a European island. It will generate, distribute and use at least 300 tons of renewable hydrogen every year produced from solar energy. Green hydrogen will fuel a fleet of fuel cell buses and rental vehicles on the island. It will generate heating for commercial and public buildings, and it will supply auxiliary power for ferries and port operations. This is our European Green Deal at work for European citizens.