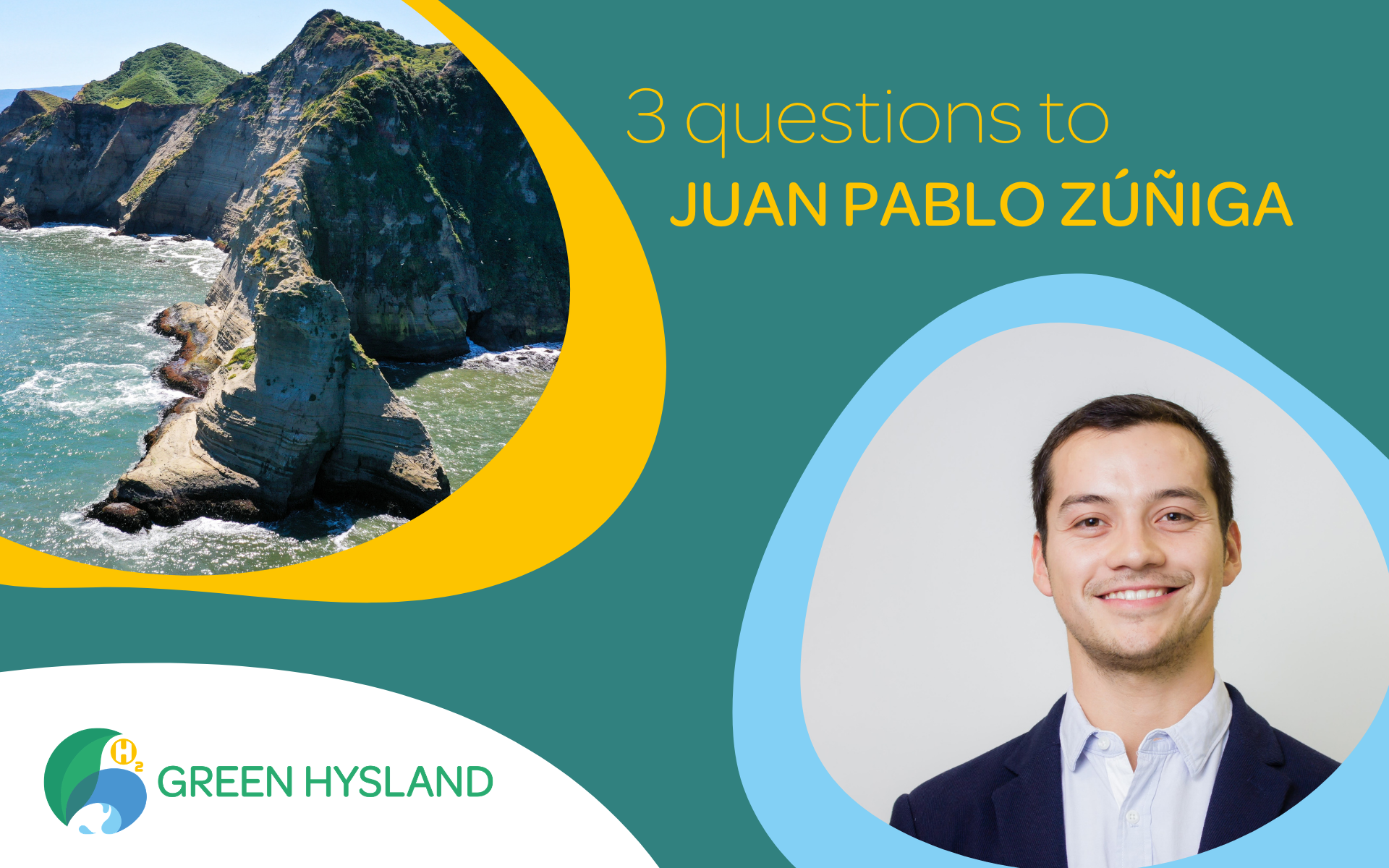 From across the hemisphere, H2 Chile’s collaboration on GREEN HYSLAND responds to Chile’s ambition to become a leader in hydrogen.

Chile’s energy mix has evolved considerably over the last decade. The country unusual shape is narrow with a wide coastline stretching 6,435 km along the Pacific Ocean, ending in numerous small islands at the tip of the country. These geographic characteristics bestow Chileans with very diverse natural resources, from wind, sea and sun. Yet, the country’s landscape makes it challenging to integrate islands to the grid. Therefore, hydrogen offers an interesting alternative to a country that envision to become a leader in green hydrogen production.

H2 Chile, the country’s trade association for the development of green hydrogen, joined GREEN HYSLAND to partake in the replicability study and the development of a roadmap to be used by islands and regions. They also aim to bring the know-how gained during the project back to Chilean islands such as Chiloé, which has a high potential for a hydrogen ecosystem.

Juan Pablo Zúñiga, Director of H2 Chile, answered three questions to tell us more about the motivations behind their involvement in GREEN HYSLAND and Chile’s hydrogen ambitions.

Why did H2 Chile decided to join GREEN HYSLAND?

We decided to join this beautiful project, because we believe Chile has a lot to offer to the hydrogen economy and much to learn from this practical experience. We are convinced the consortium is a strong group of public and private entities capable of successfully accomplishing these goals – and we wanted to be part of it.

What will this project bring to Chile?

Chile as a nation has ambitious goals in terms of low CO2 emissions hydrogen and we believe Europe is ahead in the development of green hydrogen projects. Taking part in this experience will bring important and practical know-how to study the feasibility of carrying out something similar in one of our largest islands, like Chiloé.

What is the current status with green hydrogen in Chile at the moment?

At the beginning of this year, our national strategy for hydrogen was announced by the Energy Ministry, delineating ambitious goals. The strategy aims to achieve 5 GW electrolysis installed or under development by 2025, and 25 GW installed capacity by 2030. To achieve this ambitious goal, we need to start implementing and developing pre-feasibility and feasibility studies to carry out these projects.

Actually, Corfo (Chilean Economic Development Agency) announced in April the set up of a $50 million grant for investment in projects’ capital expenditure and equipment for electrolysis. This grant has the capacity to make companies with hydrogen project more competitive, accelerate the implementation of hydrogen and support companies in reaching the national strategic target.

Stay tuned to find out more about H2 Chile and follower partner’s actions inside the project!